The morning broke sunny and fresh. Well, it appeared that way at 5.45, and was definitely that at 9 when I woke and on seeing the time decided that was enough of a sleep in.
After rousing the boys, starting my first coffee and thinking breakfast there was a knock on my door. The eldest was called into work, can he go. Thinking quickly, yes, I can still do what I wanted, I’ll just take the long way around.
In less than half an hour we’re out the door, apples in hand.
This was my planned trip. Planned on leaving home late morning and having a relaxing drive. 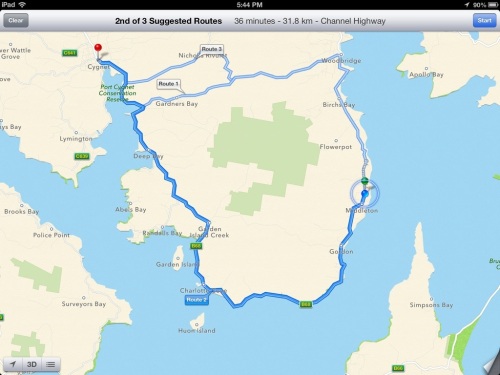 This is what I did. To Kingston, picked up more paperwork for son’s drivers licence, dropped him at work… 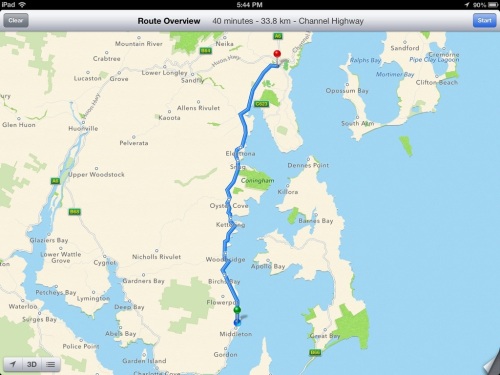 Kingston to Huonville. Went to make an appointment, need more paperwork, and have it approved, grabbed a bite to eat, by this time it was after 11 and we were starving.

And then I finally got to have my casual trip taking photos. I went off up and down roads, to see what was there, but with the wind picking up the water was too choppy and not inspiring.
We found a beach I’d forgotten about, thinking this will be nice for a sunny day and just getting out of the house. And it’s close by. If we play it right, we can take the dog too. Later in the afternoon, it was a game of tennis, housework, then a meeting that evening. This weekend includes a catch up with friends on both days. And this week isn’t going to be any quieter, especially with a market again on Sunday.
Some of the photos I took. There are plenty merge to taken all these places, but that can wait for another day now. 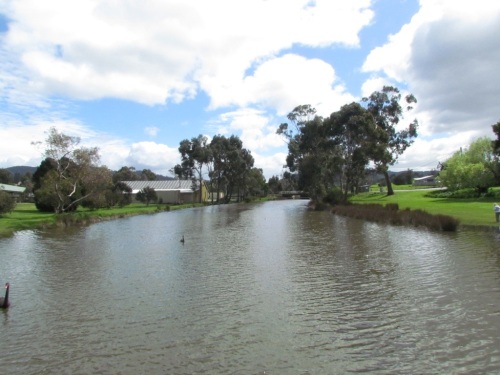 More photos can be found over here

Ps. Then there was the trip back to pick up son from work, take him again this morning (I’ve made him catch the bus this afternoon) and both days on the weekend for work. None of us can wait til he gets his licence and we don’t have to supervise anymore.

Alfresco Saturday – with my fav man

Have a great day
Jen 🙂

Posted from WordPress for Android